Every once in a while, not often, a product appears that is truly revolutionary. Thirty seven autumns ago in 1983, there was such an product.

This was the first hand-held phone (Motorola DynaTAC 8000X) which went on sale soon after the first commercial cellular phone service was launched in the US in October 1983.

The 8000X sold for US$3,995, or about three months’ pay of an American white-collar worker then. It was not cheap to talk either. The telco charged US$50 a month for subscription, and US$0.40 a minute to talk. The phone weighed about a kilo and had a talk time of only 30 minutes after a 10-hour charge.

Not many thought it would be popular. After all, payphones were everywhere and only cost 10 cents to use. Market research for the 8000X indicated only a few rich customers. Motorola expected modest sales.

Like surveys predicting the next US President, market research reports are not always right. Sales for the 8000X picked up quite fast. Soon, demand outstripped supply. Businesses embraced it. To them, it was not a convenience. It was a necessity.

Gekko used the brick-size phone to tell his young protégé, “This is your wake-up call pal. Go to work.” Soon enough, the world got the wake-up call and went to work.

It has been estimated that the mobile technology revolution has added tens of trillions of dollars to the global economy. And more than 12 million jobs have been created.

Despite such fantastic growth numbers, large and significant technological shifts for the majority happen relatively slowly, like 20 years on average.

For instance, the email was first created in 1969. The computer mouse came out about the same time. But it took more than 20 years before the majority embraced both tools in the 1990s.

The reason is simple. Human beings, especially the older generation, are reluctant to change. But since they tend to be the current bosses, these new methods and technologies will only go mainstream after the next generation becomes the bosses.

Before Covid-19 disrupted our lives, work-from-home, online purchases, webinars, e-payments and other online productivity apps were only familiar with the young and tech-savvy people. Not any more. Covid-19 has speeded up this transition and forced the majority to change, and much more.

Instead of attending a few conferences a year, we can now attend more than one conference a week. Instead of ordering only fast-food meals, we can now order gastronomical delights from fine dining restaurants from the other side of the city. Think of the time saved.

Something similar happened to medieval Europe after the Black Death (1347-1353 AD) ran its course. It has been estimated that about one third to one half of the European population died in the pandemic. 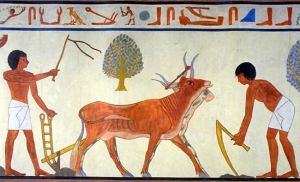 The simple plough, with little modifications, had been used since Roman times

This resulted in a great shortage of workers, and wages soared everywhere, especially for farm workers. To cope with these problems, alternatives had to be found. Take for example the simple plough harnessed to an ox. It had been around since Roman times. Even though productivity was low, there was no incentive to improve before the pandemic, as more cheap workers could be hired to raise output.

After the Black Death, this was no longer feasible. The solution was the widespread development and usage of the heavy plough. This used stronger horses to pull the wheeled-plough across the fields. 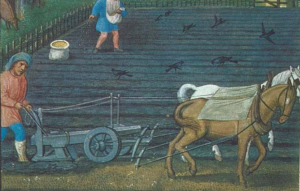 The result was to raise farm productivity manifold and increase the land area cultivated. Just like our mobile technology revolution, medieval Europeans also incorporated other technologies to raise agricultural productivity.

There was the invention of the padded horse collar which prevented the horses from choking as they ploughed. It also made them more efficient as ploughing machines. And there was the widespread adoption of the watermill to process the harvested grain crops.

All these had the effect of raising agricultural output tremendously with less workers. From a yield of two-to-one unit (meaning two seeds produced for every seed planted), output was raised to eight-to-one unit by the 15th century.

This increased output raised overall wealth and gave people more free time to specialise in other trades. Consequently, the development of early European industry, education, and the arts led to the emergence of a creative and energetic merchant class which replaced the old serfdom. 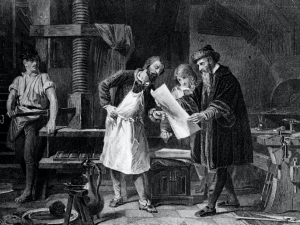 It is easy to argue that the Black Death was the starting point from where some 70 million Europeans were able to build up their capability and capacity to colonise some 110 million Indians and some 120 million Chinese from the 16th century onwards.

We are probably in the same situation today with Covid-19. As we do more things online, the big question is:  “Can we trust our counter-parties with a transaction?” This is where cryptocurrency and blockchain technologies step in. Its basic deliverable is to provide mathematically enforced trust between complete strangers.

As the complexity of any network grows in proportion to the squared number of its members, online interactions have become or will become even more complicated.

To digitize and reference all these billions of transactions is where the strengths of blockchains, cryptocurrencies and tokens lie. Together, they will connect all the ecosystems into one inter-active ecosystem.

Building up such an inter-active ecosystem is not the concern of the vast majority of us. But preparing for such an ecosystem must be. 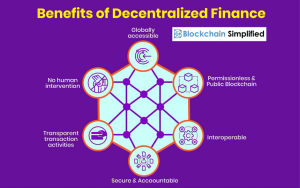 Covid-19 has given cryptocurrency and blockchain technologies a big boost. The next door to open before us is Decentralised Finance or DeFi.

It will be a brave new world where every financial service you currently use, from savings, loans, trading, insurance and much more, will be available to anyone in the world with a smartphone and internet connection.

If we are not ready for it, we could be like the natives with spears and arrows fighting against a European army with rifles and cannons in the colonial wars.

Gordon Gekko said: “This is your wake-up call pal. Go to work.” We must see beyond this pandemic and go to work now.