This past week, both China and Europe marked the birth of its own form of capitalism. But only China celebrated it.

A few days ago (14 Oct), President Xi Jinping was in bustling Shenzhen in Guangdong Province to celebrate the 40th anniversary of the establishment of the Shenzhen Special Economic Zone (SEZ).

Between 1950 and 1980, hundreds of thousands of Chinese, facing hunger and poverty in the mainland, risked their lives by swimming across the treacherous waters to neighbouring Hong Kong. A successful crossing meant a new life. Failure meant imprisonment or death.

Deng Xiaoping, then the leader of China, realised that the solution laid not in tightening border security but in improving the Guangdong economy. And so Shenzhen, the first of many SEZs, was started in 1980.

It wasn’t enough just to give foreign investors cheap land, wages, and numerous tax breaks. Deng Xiaoping wanted to direct the Chinese people’s mindset away from a planned economy to one with a profit motive (capitalism).

The opportunity to re-educate the Chinese people arose when the national debate about the business practice of a Mr Nian Guangjiu appeared a few months later. 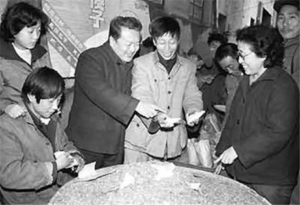 Nian, an illiterate farmer from Anhui Province, started a business selling delicious sunflower seeds on the back of China’s economic reforms. He was so successful that he was soon employing more than 100 workers in his factory to keep up with demand. But there was a problem.

According to one of Karl Marx’s paragraphs in his famous book Das Kapital, there was a capitalist who exploited his 8 workers. Suddenly, Nain’s situation sparked national debate since he employed more than 7 workers. Nain had become a shameful capitalist.

Deng took the opportunity to defend Nain and removed any anxiety about running a business for profit. Deng announced that even if China allowed Nain to go on selling his seeds, it would not hurt socialism. No one questioned such business practices after Deng’s statement.

Ever since, the Chinese economy has seen a remarkable turnaround. The success of Deng’s reforms has dispelled any doubts over whether China should move from a planned economy to a market economy. But it is a market economy whereby the state continues to pull the strings. I shall label this Chinese Capitalism.

It is a form of capitalism that is quite different from the European Capitalism (my label) which has evolved. This began more than 500 years ago when Christopher Columbus, the Italian explorer, discovered the New World on 12 October 1492. 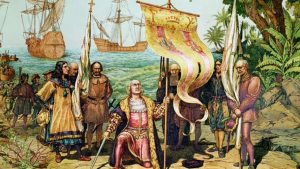 Before Columbus sailed off with his three ships, he had great difficulty raising money for the voyage. After many failed attempts, he finally found the Catholic Monarchs of Spain as a sponsor. But there was a catch. It was to be an investment project. So, Columbus sailed off as an entrepreneur with a profit motive.

When his voyages earned him the riches that he sought, news of his voyages spread throughout Europe. People realised that they too could make money from tobacco and sugar plantations, and from gold and silver mines. Suddenly, more money became available. Like the internet start-ups of today, many entrepreneurs came forth.

Columbus’ discovery of the New World was supremely important because it started a long period of European exploration, conquest and colonisation that helped to create the modern Western world.

It’s interesting to note that Columbus wasn’t the first person to sail to distant lands. That title easily falls on Admiral Zheng He of the Ming Dynasty (1368-1644 AD). Between 1405 and 1433 AD, Zheng He was commissioned by the Ming emperor to conduct 7 voyages, using some 300 ships, to distant parts of the world. 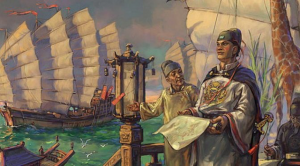 Admiral Zheng He and his fleet of 300 ships.  Source: Caravan Daily

Unlike Columbus, the profit motive did not dominate Zheng He’s seven voyages. Among his objectives were – to capture the emperor’s predecessor, establish Chinese presence, impose control on the sea trade routes, and extend the emperor’s tributary system.

So, when the enemies of the Ming Dynasty reappeared in northern China towards the end of the seven voyages, these non-profitable and expensive sea voyages had to be axed.

Some people have said that the non-exploitative and non-colonising voyages of Zheng He proved that China did not, and going forward, would not want to colonise the world as a 21st century superpower. This may be true. But it is also true that the profit motive was not part of Zheng He’s seven voyages.

Let’s go back to European Capitalism. The fuel beneath this capitalism following the discovery of the New World was profit. It spurred innovative vehicles like the stock market, where the public could put in a small sum of money in a listed company, knowing that the listed company would do its utmost to deliver the profits.

Throughout Europe, scores of companies were created and listed to organise the spice trade, the commodities trade and the slave trade.

Nowadays, we look back and view the slave trade with disdain. But in those days, many shareholders were not worried about the cruelty inflicted on slaves.

It’s the same today. Many shareholders of meat or dairy companies are not concerned about the cruelty inflicted on the animals as long as the companies deliver the profits.

Naturally, with these company structures in place, human feelings and empathy were thrown out. For instance, officers and shareholders of the British East India Company did not think twice about the evils of opium addiction on the Chinese people as long as the profits came in. 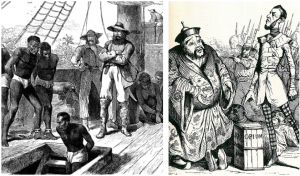 And when their profits were blocked, the recourse was to seek the protection of the British Crown and the Royal Navy to re-establish the company’s lucrative China opium trade through force.

But that is the dark side of European Capitalism.

It probably explains why for centuries, there was a national holiday in many countries of the Americas to celebrate Columbus Day on 12 October. But since the 19th century, opposition has grown against it. Today, Columbus Day is largely ignored.

There are many reasons for this opposition. One of them is the anti-Catholic feelings of the largely Protestant USA. Probably, the chief reason for ignoring Columbus Day was the large-scale cruelty and genocide which visited the native populations following European colonisation of the Americas.

Despite this misgiving, after 500 years, European Capitalism is still alive. Some say the best example of its evolution can be found in USA today, where the wealth of the country has ended up in the hands of an elite group. It’s an elite group who can buy both sides of the political spectrum and who can wield power by controlling the US government.

Is European Capitalism in USA sustainable? With a track record of more than 500 years, it’s difficult to dismiss it or predict its demise.

Chinese Capitalism is only 40 years old. Will it grow and follow the same ugly path which European Capitalism has evolved? Currently, the Chinese leadership appears determined to hold on to all the strings. That is the good news. But no one really knows.