HomeArticlesMoneyTalksSometimes, Your Enemy Is Your Friend

Sometimes, Your Enemy Is Your Friend

In a few days’ time (1 Oct), China will celebrate its 71st anniversary of the founding of the People’s Republic of China. It marks the end of the Chinese Civil War (1945-1949) between the forces of Mao Zedong’s Chinese Communist Party (CCP) and the Kuomintang (Chinese Nationalists Party) forces under Chiang Kai-shek.

Actually, the Civil War began much earlier in 1921 when the CCP was formed. Both the CCP and the Kuomintang wanted to unite the country against foreign control. Japan was the last foreign country to leave China in 1945 after its defeat in World War 2.

Thereafter, armed conflict between the two sides resumed. At the onset, the CCP was the weaker side. They had some support from their fellow communist – Soviet Union – but not much.

The Kuomintang had the advantage in both troops and weapons. They controlled a larger territory and they enjoyed broad international support. The US was especially supportive, giving the Kuomintang millions of dollars’ worth of military hardware.

In the autumn of 1948, the crucial Battle of Liaohsi took place in Manchuria. That battle resulted in a decisive Communist victory and the Kuomintang never recovered from the defeat. A few months later, the Kuomintang had to beat a hasty retreat to Taiwan. 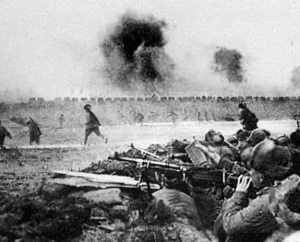 Battle of Liaohsi (Sep 1948) in the Chinese Civil War

Military historians attribute the Communist victory to its superior tactics. The CCP will add that they had the moral right to win. That might well be the case. But there is another aspect of the Civil War that is seldom discussed. And that is the sudden collapse of the Chinese economy from 1933 onwards which made the CCP victory easier. How did this happen?

But China was not affected because it used silver as its currency peg (silver standard). The Chinese economy was moderately prosperous. This happy situation began to change when countries realised that the gold standard was leading nowhere.

In 1933, the US left the gold standard, and started printing money (fiat system) to stimulate the economy. Immediately, China, whose silver standard meant silver was priced in US dollars, began to suffer as the yuan appreciated against the US dollar. Chinese exports became more expensive and its balance of payments turned negative.

The worse was yet to come. About the same time, US Senator Key Pittman of Nevada came up with a national plan to buy substantial amounts of silver. The state of Nevada had many silver mines then. So Pittman had their interests in mind when he hatched his plan. 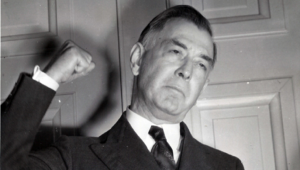 Besides benefiting American silver miners, Pittman’s pitch was that with higher silver prices, Chinese consumers, with their appreciating yuan, would be happy to buy more US goods. This would also be good for the US economy.

The US Congress accepted Pittman’s plan in August 1934 and passed the US Silver Purchase Act of 1934. Once the Act passed into law, the US Treasury began to buy silver, up to the maximum price of US$1.29 an ounce, from its market price of US$0.45 an ounce.

Not only did Pittman’s Nevada mines make a tidy profit, in the months that followed, silver outside the US, especially from China, were bought up and shipped to the US Treasury for a fat profit. 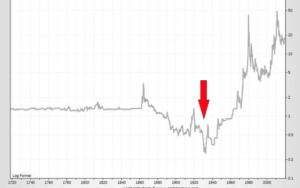 In China, the three-fold surge in silver prices imploded the economy. As the exchange rate of the yuan shot up, Chinese exports collapsed totally. As silver flowed out of China to the US, under the silver standard, the supply of yuan had to shrink in tandem. This destroyed China’s financial system and bankrupted millions who had silver-backed loans.

It was recorded that in 1935, China’s gross domestic product plunged some 26%. In the same year, 173 million ounces of silver left China.

The incumbent Kuomintang government tried to stop the export of silver. But they were unable to because the US banks in China were the main buyers of silver and they shipped them out using US warships.

In November 1935, the Kuomintang government gave up and abandoned the silver standard for paper money (fiat system).

Under this new paper money standard, there was no control on how much paper money should be printed. With greedy humans in charge, the printing press went overtime. Yet it was still insufficient to meet demand. Chinese yuan had to be printed in Britain and flown over to China.

Hyper-inflation and a depressed economy are always bad for any government. Add to that the endemic corruption and income inequalities, and we have fertile grounds for dwindling public support. For the government of Chiang Kai-shek, this was no different.

So, on top of the CCP’s superior military tactics and its moral right to govern China, we must add to this cocktail of ingredients the economic catastrophe that was triggered off by the US Silver Purchase Act of 1934. This must have swung further the allegiance of the public away from the Kuomintang to the CCP.

Some scholars (like Steve Hanke) have argued that the Silver Purchase Act was an early version of the 1985 Plaza Accord which undermined the Japanese economy (the yen was forced to appreciate, killing the Japanese economy). This line of reasoning is possible. However, more details cannot be retrieved since a lot of records from that period have been lost to the mists of time.

So when China celebrates its 71st anniversary in the next few days, it might be useful to reflect and thank the US administration of Franklin Roosevelt who had, knowingly or unknowingly, given the CCP a helping hand in its ascendancy.

Today, the US is giving a helping hand to the CCP again. Why? As the US Presidential elections draw near, President Trump has been doubling up on his tough stance against China.

Right now, Trump’s administration appears to be holding the upper hand. Among other things, Huawei’s global 5G business has been checked, China cannot buy crucial microchips, and TikTok and WeChat are on the verge of being pushed out of the US market.

But in return, the perception of the US as a superpower on many fronts has plunged. Take Covid-19 for instance, the world has seen that the US, which is supposed to have the most advanced medical technologies and system in the world, has not been able to stop 7 million confirmed cases and over 200,000 deaths from happening.

As we emerge from Covid-19, the perception, at least from non-Americans, of which country should be considered a superpower has been altered for good. Just like in 1934, the enemy of the CCP is unexpectedly turning out to be a friend.