HomeArticlesMoneyTalksOperation Barbarossa for the US Fed and Gutsy Day Traders

Operation Barbarossa for the US Fed and Gutsy Day Traders

The US Fed has done a lot and is doing more for the markets. A few days ago, Chairman Jerome Powell said that they would start buying corporate bonds directly from the market in an effort to inject more cash into the market.

Stock prices moved up further in response as investors figured that with these ailing companies getting money for their bonds, they would be in a better position to weather the Covid-19 storm.

This is monetary policy in a different form. It was actually started in November 2008 in the wake of the Lehman Brothers collapse. The idea is for the US Fed to buy long-term bonds, on top of government bonds, from the market to increase money supply and to encourage lending and investment.

Traditionally, the Fed would buy only safe government bonds. So this was a big departure from normal practice. In the six years since November 2008, the Fed bought US$ 3,700 billion worth of bonds to hit a total of US$4,500 billion in October 2014.

Many would argue that the Fed’s action from November 2008 helped to “save” the global economy. So when Covid-19 appeared early this year, the Fed used the only strategy it knew – repeat what it did during the Lehman Brothers collapse.

This time round, the quantum is staggering. Within the last six months, the Fed had bought up as much as it did in the 6 years between November 2008 and October 2014. It bought another US$ 3,500 billion worth of bonds for a total of US$ 7,200 billion.

Very likely, the Fed has fallen into the “Competency Trap”. This is when a person continues with current practice because previous successes make its continued use more attractive than adopting new practices.

And if the Fed is guilty of Competency Trap, so are the millions of retail investors and day traders. They have also used their previous experiences, of observing stocks rebound, to guide their current actions.

When these day traders realised that the Fed would step in to support the market, the started to buy stocks through their commission-free apps on their smart phones. In fact, the data demonstrates that the day traders’ timing was superior to seasoned investors, as the graph above shows.

What next? Are we really back to normal? Let’s go back 79 years because something similar happened.

Many of us think that the biggest military operation in World War II was Operation Overlord, or D-Day on 6 June 1944. That’s when the Normandy coast was invaded by some 400,000 US-led forces against the 50,000 German defenders. At the end of D-Day, there were some 10,000 Allied casualties (injured and dead) against 1,000 German casualties. 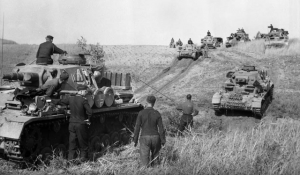 Many of us think that D-Day was the turning point in the war. The truth is very different. The biggest military operation in World War II, and the one that broke the German army and turned the war, was actually Operation Barbarossa, or the invasion of USSR by German forces on 22 June 1941.

Operation Barbarossa involved some 3.8 million German-led forces against the 7.0 million Soviet defenders. The amount of hardware involved was many times that used on D-Day.

The Germans planned to overwhelm the Soviet forces within three to six months before winter arrived. In reality, before Christmas 1941, the German forces had already been broken. Henceforth, it was largely downhill for the Germans.

Historians will debate forever the many mistakes made by the German forces. I shall just focus on two today. The first mistake was the mistake of “Competency Trap”.

Before Operation Barbarossa, the Germans knew only quick military successes. They had occupied most of Europe, even overcome the most-feared army then – the French army – with their blitzkrieg.

For the Soviet invasion, the same German commanders who invaded France in 1940 were in charge. They were confident that it would be a repeat of the French invasion. Initially, things went according to plan. But by August 1941, they were bogged down. The Germans were not prepared for a long battle with a more capable opponent.

The second big mistake committed by the Germans was they underestimated Nature – the weather. The freezing winter was not factored in as winter clothing for the soldiers were not issued. And when the Russian winter came early in October 1941, the ill-clad German forces suffered frostbite and their tanks seized up.

The US Fed and the millions of day traders have certainly acted as actors in a Competency Trap. They thought that things would go back to normal very quickly.

On top of that, they must now contend with the unpredictable force of Nature – a virus that is not going to go away so soon. Unlike the Lehman Brother crisis, when the mortal blow was one-off, this virus has not stopped hitting us.

In the vast expenses of the Soviet countryside, some German soldiers in 1941 must have sensed the icy winds blowing their way and took the necessary precautions against the increasing cold.

In the warm winds that blow across markets today, one must realise the implications on the US dollar of the US Fed buying up all sorts of questionable bonds and increasing their assets by 7 times since 2008. It has broken the back of the US dollar. This must be the turning point.

We can be excused for not knowing that the virus would hit the markets as bad as it did till mid-March. However, we cannot be excused if we miss this opportunity of reducing our dollar-denominated questionable assets if their prices are now back near their pre-Covid-19 levels.