A few events happened this past week that although appear unrelated, are related to a major event that is unfolding before our eyes.

The first event was celebrated by Vietnamese of a major milestone in their history. Forty-five years ago this week on 30 April 1975, the horrors of the Vietnam War came to an end. It was the day when the last American civilian and military personnel, together with thousands of South Vietnamese, were airlifted out of Saigon. A day earlier, the North Vietnamese Army began their final attack on Saigon.

The US armed forces could not defend the southern regime. This was because, more than two years earlier in January 1973, a peace deal was signed between North Vietnam and the USA, and the US armed forces had begun their withdrawal. The US had lost the appetite for a war they could not win, a war that became very unpopular, and a war that became too expensive to support.

But that was not the American feeling way back in August 1964. Then, the Cold War against communism was hot, and the American belief was that communism had to be contained at all costs. To the extent that US President Johnson used the Gulf of Tonkin incident as the pretext to start the war against communism in Vietnam using all the might of the US armed forces at his disposal.

Like in August 1964 with the Gulf of Tonkin incident, a US Navy ship provoked and entered waters that are claimed by another country.

True, there have been similar incidents like these in recent years when the US Navy asserted its navigation rights. But this one is different for it comes amid a rise in US-China tensions which began two years ago with the US-China trade war. It has since evolved to accusations by President Trump’s administration that the coronavirus pandemic has been created by China to hurt Americans.

Many of us would laugh at such childish accusations. But didn’t we also laugh when the US accused Saddam Hussein of developing weapons of mass destruction? Yet, the Iraqi war went on.

Many believe that the US has been trying to start a fight with China. It’s the Thucydides theory again (when a rising power rivals a ruling power, a clash often happens). Ten years or more from now, China’s economy and military would overshadow that of the US. There would be no contest then. So, the best time to fight China is when the Chinese economy and military are still not way ahead of the US.

Imagine a lion taking on a full-grown elephant. Chances are, the lion would lose in such a fight. But the lion can take on the elephant while it is still young. 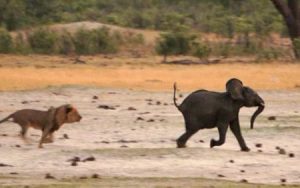 The hawks in President Trump’s administration must be thinking along this line – that their opportunity to strike will evaporate if they wait too long. No one really knows the outcome of any military conflict between these two giant economies. If you were the peaceful-loving type and are in China’s shoes, would you want to start a fight now? Of course, the answer must be ‘no’. Because in time to come, you would win anyway.

If you were in China, you would just avoid a fight and continue doing what is necessary to undermine your potential enemy. That’s when the third unrelated event happened this week.

A few days ago, China announced that it would begin a trial run of using its digital renminbi next week in four cities which will cover 38 million people. 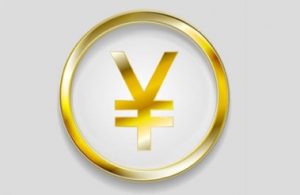 Like 5G technology, digital currencies are the future. With this step, the first for any country, China has started on the road to make the digital renminbi the dominant currency of the world. It’s still early days though, because the US dollar is still overly dominant.

But sentiment for any dominant currency can change rapidly. A few months ago, who would have thought that airlines and cruise liners would go out of favour so suddenly?

The important point to note is, when the US dollar’s dominance ends, the US government would it find it difficult to print dollars to buy resources. The US pulled out of Vietnam in 1973 because it became too costly. The fiat currency system we all now use, which President Nixon forced the world into in August 1971, became extremely useful for funding the US Empire in the past 50 years.

Once the US dollar dominance ends, money to support the US military complex would dry up. History tells us that when soldiers are not paid, they drop their weapons and go home.

Our three unrelated events now come together to point at a picture of ongoing war preparations. You have been advised.