HomeArticlesMoneyTalksMisleading Data Can Be Useful

Misleading Data Can Be Useful

Another high-level government employee has got himself into trouble for telling the truth. This time it is Capt Brett Crozier, the commander of the US aircraft carrier Theodore Roosevelt operating in the Pacific Ocean.

He was removed from his post for saying, through the newspapers, that the coronavirus had hit his ship and he wanted more assistance for his crew members.

For that, he was removed. The reason given was that Capt Crozier did not send his complaint up the formal chain of command. Defenders of Capt Crozier would say that he spoke to the media because his superiors were not doing enough for his crew members.

That Capt Crozier valued his crew members cannot be doubted. But let’s put ourselves on the side of his superiors.

From their viewpoint, Capt Crozier was undermining the US Navy’s defence capability by highlighting that the USS Theodore Roosevelt could not perform at its optimum level. The enemies of the US Navy would find such information useful. Poor Capt Crozier. He must be silenced for that.

It’s the same with Dr Li Wenliang, the Wuhan doctor who told his colleagues that the coronavirus was more dangerous than the public was led to believe. For that he was also inconvenienced by his superiors. Like Capt Crozier, Dr Li cared for his immediate colleagues.

But like Capt Crozier, Dr Li’s action, though praiseworthy, could have bigger implications. It could start a stampede out of Wuhan and hurt more people. The coronavirus spread could be more devastating than it already is.

Freedom of expression and caring for our fellow human beings are all very good. Then again, sometimes it is not. Some US media outlets are now accusing China of under-reporting the correct number of people affected by the coronavirus. This seems plausible when we look at the data from Italy and Spain. Both have populations that are fractions of China, yet their death rates are far higher.

There could be many reasons for this. Different methods of counting is just one reason. But it won’t be surprising if the Chinese numbers are kept deliberately low to maintain social order.

It’s not just for the benefit of Chinese society. It’s for the benefit of all of us. Imagine how paranoid the world would be if the numbers paint an apocalyptic scenario. Sometimes policymakers think it is better to mislead with publishing incorrect data.

Imagine yourself in a crowded hall. You detect a fire raging in one corner and it would soon engulf the hall. Let’s say, all (100%) would die. Do you shout “fire” immediately, to alert the crowd? Let’s say that shouting “fire” would start a stampede and 80% of the crowd would perish. 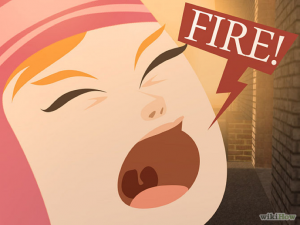 Or do you keep your cool and tell everyone to leave the hall in an orderly fashion because there are free drinks (a white lie) outside the hall?  True, by misleading the crowd with a white lie, and the crowd’s exit was orderly, only 40% of the people in the hall perished, as opposed to 80% and 100%. Would you tell the white lie to save more people?

Basically, no one really knows the full picture. White lies are often told in the belief for the greater good. And also for selfish reasons that benefit a few people. In time to come, we will know the true extent of the damage caused by the coronavirus.

For China, the true death rates are probably higher. That’s because the Chinese authorities tend to control the true numbers to maintain social order.

During its Great Leap Forward years, (1958-1962), when China wanted to catch up with the West through rapid industrialisation, many people suffered. Production figures from the farms and factories were made artificially rosy to please the authorities.

In reality, when ploughshares were melted to make steel, farmers could not nurse their crops. Harvests failed. A massive famine followed. Official figures of 16.5 million deaths then hid the true disaster to maintain social order. Decades later, other studies showed that the famine, malnutrition and cannibalism that followed took the lives of as many as 55 million Chinese. 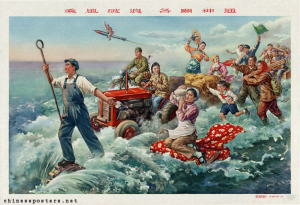 So for our current pandemic, we really have to wait many years before the true numbers of the devastation are known. And it is not just Chinese figures. In the US, its Centres for Disease Control (CDC) has done some misleading work as well. 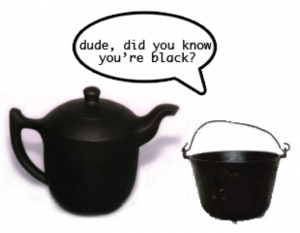 In early March, the CDC removed the number of patients tested for Covid-19 from its website. Critics say that it is covering up its incompetence and its inability to address the pandemic. So those US media outlets should stop calling the Chinese kettle black.

For us non-policymakers, we can also understand why sometimes the truth has to be hidden from us, for supposedly the greater good.